In at least one large study, the rates of full-criteria PTSD in the U.S. following childbirth are now higher than those following a major terrorist attack - Babymoon Inn Birth Center

In at least one large study, the rates of full-criteria PTSD in the U.S. following childbirth are now higher than those following a major terrorist attack 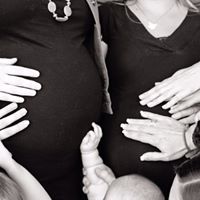 Nearly one in ten woman suffers from Post Traumatic Stress Disorder after giving birth, a sobering statistic reported by The Lamaze International “Listening to Mothers II” survey of more than 1,500 mothers.

In an article for Women’s Health Today, Kathleen Kendall- Tackett, PhD, IBCLC, FAPA explores the topic of birth trauma, its prevalence, and its effects on breastfeeding and the postpartum period for mothers. A full 9% of women in the Lamaze study met the diagnostic criteria for PTSD.

“If the number of women meeting the full criteria for PTSD does not seem very high, then let’s compare it to another number. In the weeks following September 11, 7.5% of the residents of lower Manhattan met those full criteria (Galea et al. 2003). Take a minute to absorb these statistics. In at least one large study, the rates of full-criteria PTSD in the U.S. following childbirth are now higher than those following a major terrorist attack.”

Kendall-Tackett looked at similarities among women who experienced PTSD after birth.

“In a meta-ethnography of 10 studies, women with PTSD were more likely to describe their births negatively if they felt “invisible and out of control” (Elmir, Schmied, Wilkes, & Jackson, 2010). The women used phrases, such as “barbaric,” “inhumane,” “intrusive,” “horrific,” and “degrading” to describe the mistreatment they received from health care professionals.”

Breastfeeding following a traumatic birth may be negatively impacted, or it can be a healing experience when the mother is provided with assistance and support, Kendall-Tackett said. She cited a study by Beck and Watson where women described their breastfeeding experience after birth trauma:

“The first five months of my baby’s life (before I got help) are a virtual blank. I dutifully nursed him every two to three hours on demand, but I rarely made eye contact with him and dumped him in his crib as soon as I was done. I thought that if it were not for breastfeeding, I could go the whole day without interacting with him at all.”

“My body’s ability to produce milk, and so the sustenance to keep my baby alive, also helped to restore my faith in my body, which at some core level, I felt had really let me down, due to a terrible pregnancy, labor, and birth. It helped build my confidence in my body and as a mother. It helped me heal and feel connected to my baby.”

To help women who may be experiencing PTSD or struggling with breastfeeding after a traumatic birth, Kendall-Tackett recommends the following:

Recognize the symptoms
Refer women to resources for diagnosis and treatment, which may include psychotherapy, counseling, and journaling
Anticipate potential problems, like a delay in the mother’s milk coming in
Respect boundaries
Continue working to reform birth in the U.S.

If you feel like you or someone you know are experiencing PTSD or are struggling to process a traumatic birth, please call Babymoon Inn at 602-314-7755 so we can support you in getting the help and resources you need.